We want you to dominate the LSAT! We believe in the power of technology to transform the way you learn. We also believe that everyone should be able to experience the advantages of having a private tutor without the exorbitant cost. By combining the power of our adaptive platform, the clarity of our engaging videos, and the personal touch of our performance counselors with your willingness to do the work, we are confident that you will score your very best. And we will be with you every step of the way.

Interested in working with one of our LSAT experts? LSAT Engine does offer 1-on-1 sessions in person or online on a very limited basis [**ALL sessions now online due to COVID-19**]. Learn more by emailing us at [email protected] or by calling us at 844-ENGINE-1.

Interested in getting help with your law school applications? Need admissions consulting guidance? LSAT Engine has partnered with experienced admissions experts who can help you get into the school of your dreams. Learn more by emailing us at [email protected] or by calling us at 844-ENGINE-1. 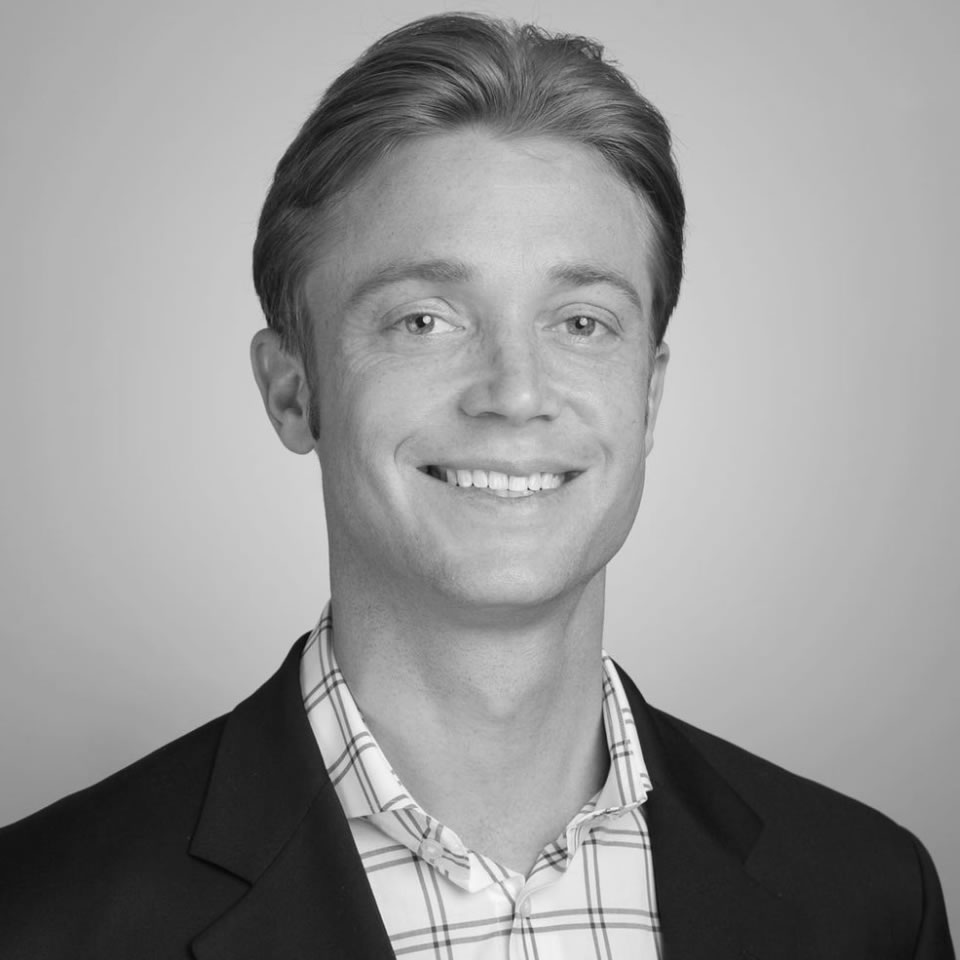 Josh has been interested in the convergence of technology, education, and entrepreneurship since he began his career as an ACT and SAT tutor over a decade ago. He founded LSAT Engine with the goal of creating a program that could expand the reach of the best private tutors in an adaptive way.

Josh has prepared thousands of students for GMAT, GRE, SAT, ACT, subject exams, and AP courses, and he holds several 99.9th percentile scores including a perfect 36 on the official ACT and a 2380 on the official SAT. His students have matriculated at Harvard, Stanford, Columbia, Oxford, Duke, Penn, Michigan, Northwestern, the Military Academies, and many other top universities around the world. He was a Global Elite Tutor at TutorSource and one of the first 10 full-time employees of Revolution Prep, where he grew the brand footprint as Senior Regional Manager of Southern California while teaching many of the company’s prep courses as a Premium Instructor. He began his career in education by tutoring disadvantaged students from his hometown of Long Beach, California.

Josh is a proud alumnus of UCLA (“I’ll always be a Bruin!”), former water polo player and current rec basketball regular, world traveler, cavern diver, nonfiction fan, and funk music lover. He holds an MBA and a Graduate Certificate in Technology Commercialization from the USC Marshall School of Business, where he was a Dean’s Fellow and a Senior Mentor at the Marshall Youth Organization. While pursuing his graduate degree, he worked at early-stage incubator Launchpad LA and then with the venture team at the Pritzker Group. 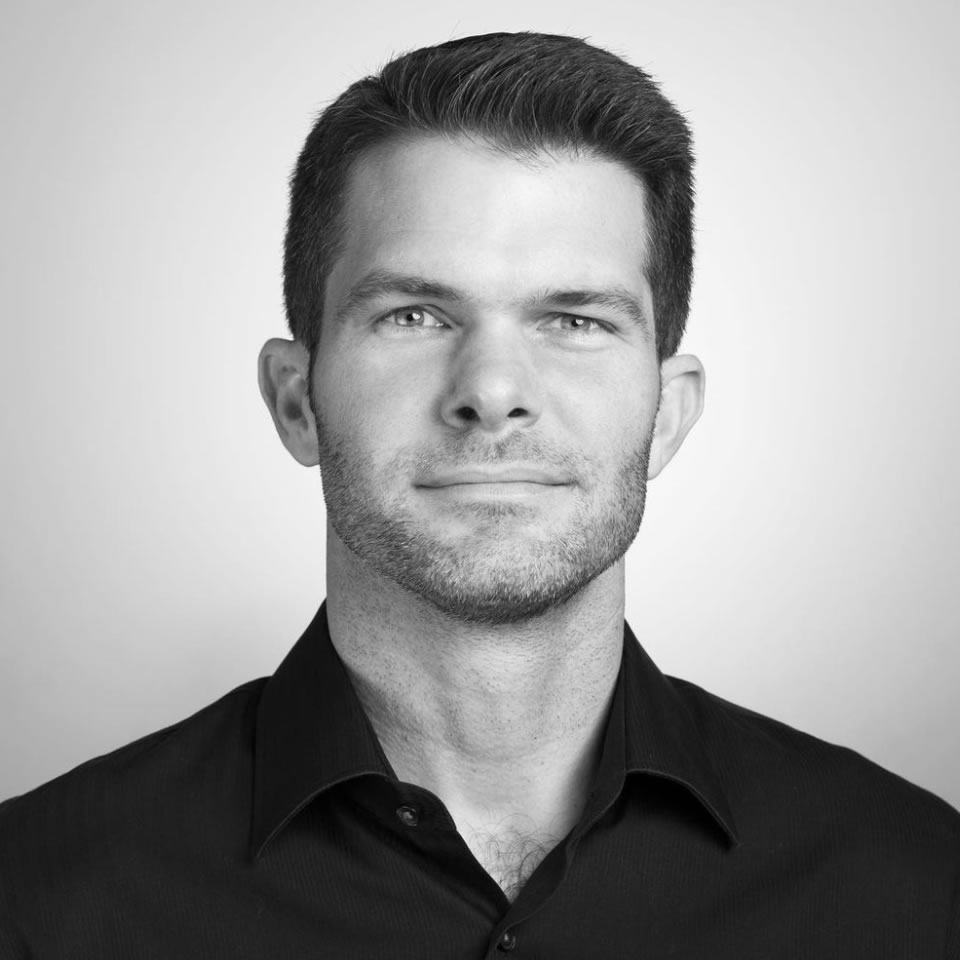 Justin has always loved building things. As a child, he would routinely take kitchen appliances apart and occasionally put them back together. He built LSAT Engine as a platform to automate, amplify, and share the LSAT teaching techniques he has honed over the past decade at a scale that would be impossible in person.

Justin began his career in education in 1999 by preparing students for the SAT. He considered pursuing a career in intellectual property law and took the LSAT in 2002, achieving his first 99th percentile score [173]. Not long after that, he began teaching LSAT classes all over Southern California for TestMasters, and occasionally flew to New York to teach weekend courses. After achieving 99th percentile scores on both the GMAT (790) and GRE (1500), he joined the TestMasters Research and Development team and taught several GMAT and GRE courses.

Justin co-founded Blueprint LSAT Preparation with 3 of his former coworkers from TestMasters in 2005, helping create the curriculum and building the company from the ground up. He ultimately decided to leave Blueprint and sold his interest to his fellow co-founders, but continued to teach classes for the company until 2010. Over the years, Justin has received multiple 99th percentile LSAT scores [178, 175], and has helped students gain acceptance to many prestigious law and business schools including Harvard, Stanford, Penn, NYU, Berkeley, UCLA, and USC. 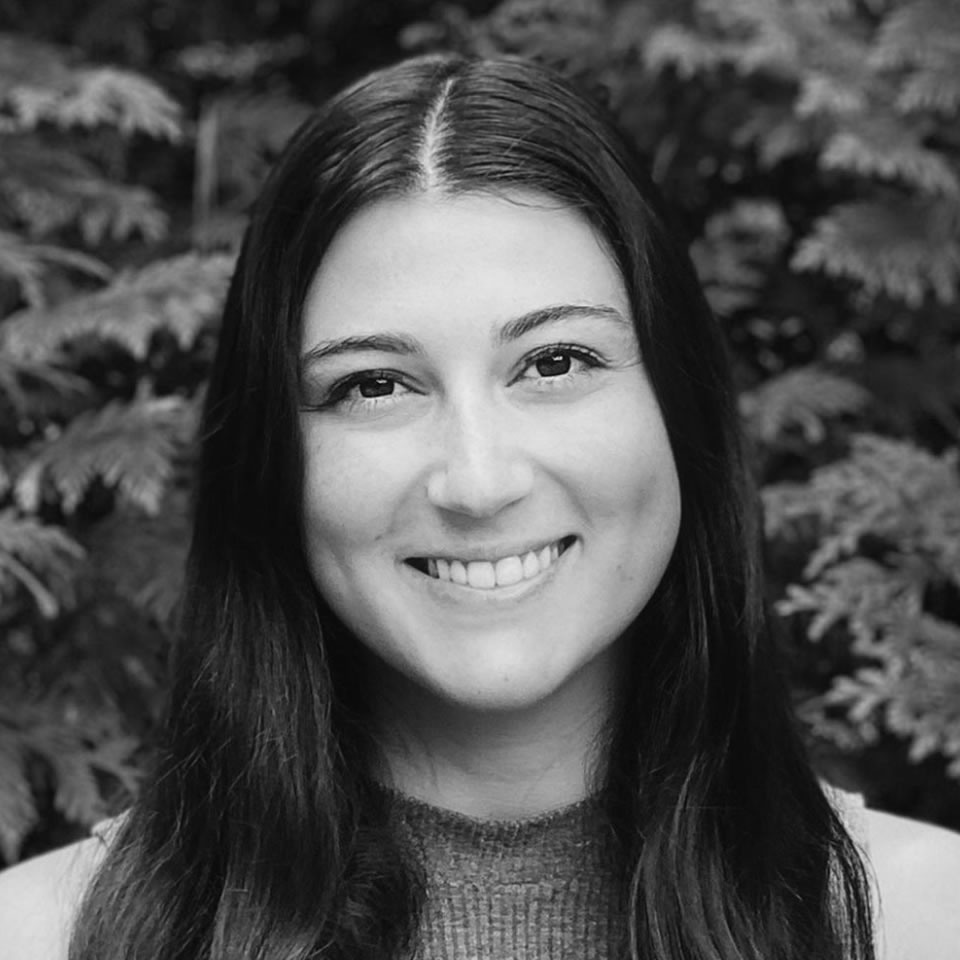 Hayley has been interested in helping to make LSAT prep more accessible to all ever since she sat for the LSAT back in 2017. When she joined LSAT Engine, she knew she was becoming part of something unique and necessary in the LSAT and legal industries. Fast forward 3 years, and Hayley still continues to love helping achieve LSAT Engine's goal of combining technology and expertise to not only transform the way students learn, but also to help students achieve their goal scores.

A USC alum, Hayley now holds a Juris Doctorate from Fordham Law School during which she built and launched her own start-up gigLAW in the space. Prior to founding gigLAW, Hayley worked in the legal departments at Warner Bros. and Christie's Auction House and at an entertainment law firm in Los Angeles. As the company’s first Director-level hire, Hayley knew she got the start-up bug from LSAT Engine and continues to forge forward helping guide LSAT Engine's students and evangelizing its services to universities and students nationwide. 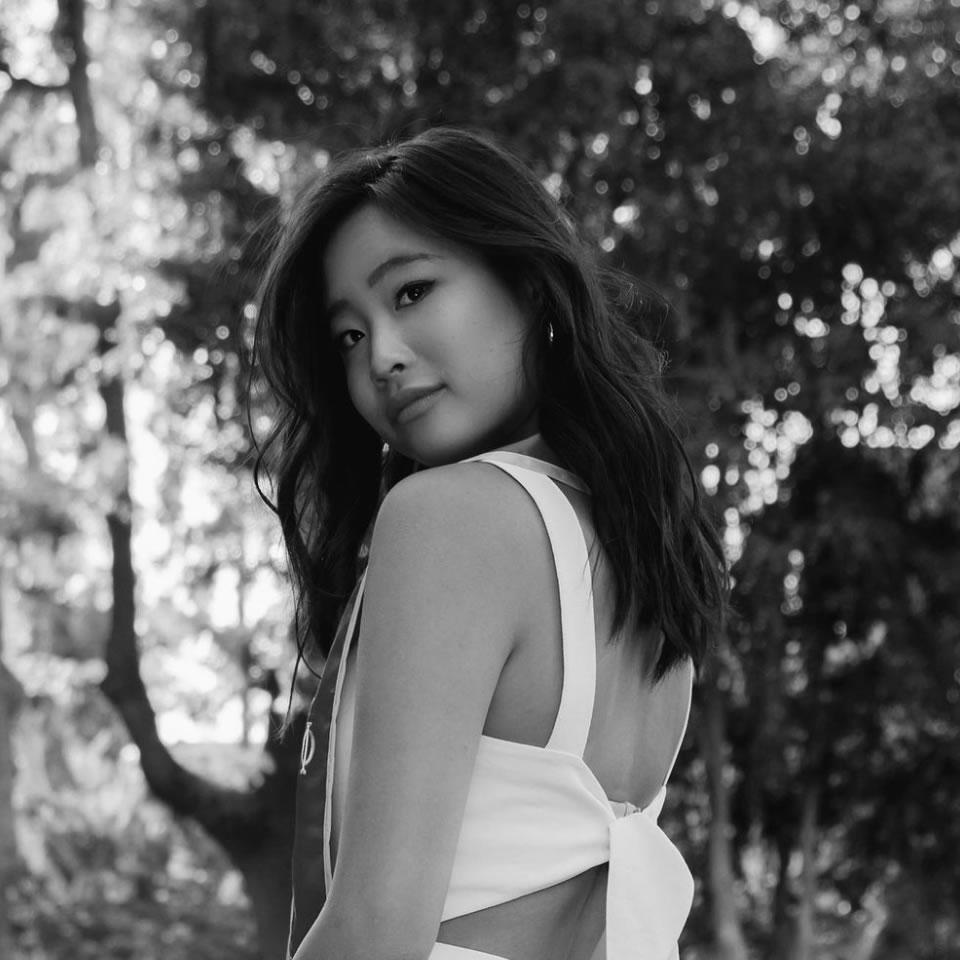 Director of Design and Social Media

Deanie joined the LSAT Engine team in 2018, and she has stayed with the team because of her genuine belief in the program and its mission. Using the program herself to study for the LSAT, she has had direct experience with its effectiveness, raising her score from a 160 to a 171. Her belief in the program along with her skill in both graphics design and social media marketing have made her an invaluable asset for evangelizing the program to students across the country.

Recently graduated from USC with degrees in Economics and Communication, Deanie is headed to NYU School of Law this fall to pursue entertainment/music law. Deanie is also a professional music and fashion photographer, working for clients like Goldenvoice, LiveNation, and MAX; her work has been published in Billboard Magazine and People Magazine. A non-traditional pre-law undergrad, Deanie wants to show people that regardless of your experience and background, with the right tools and diligence, you can achieve your goals. 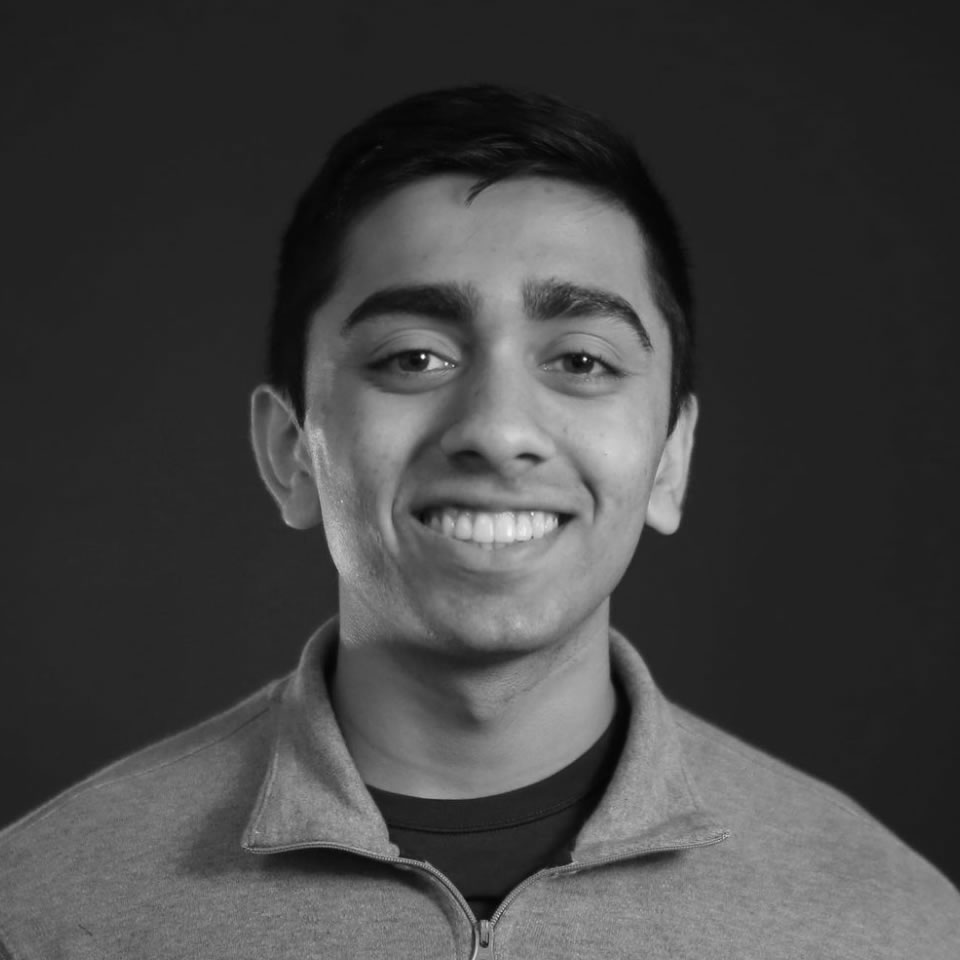 Yash is a Cisco Scholarship recipient majoring in Computer Science at UCLA. When he joined LSAT Engine, Yash was also the Head of Technology at the largest student-led entrepreneurship organization at UCLA. At LSAT Engine Yash helped code the front end of the website while learning about Ruby on Rails and adding to his skill sets.

Following his time with the company, Yash secured a summer internship with Symantec which then led to software engineering internship offers at both Amazon and Robinhood. In the past year, Yash took a gap quarter to participate in the Y Combinator accelerator program with his startup Duffl, which has since raised over $1M in funding. He was one of five university students across the country selected for the South Park Commons summer fellowship, founded by the first woman engineer at Facebook.

In his free time, Yash enjoys blasting music, skating around Los Angeles, and playing the drums. 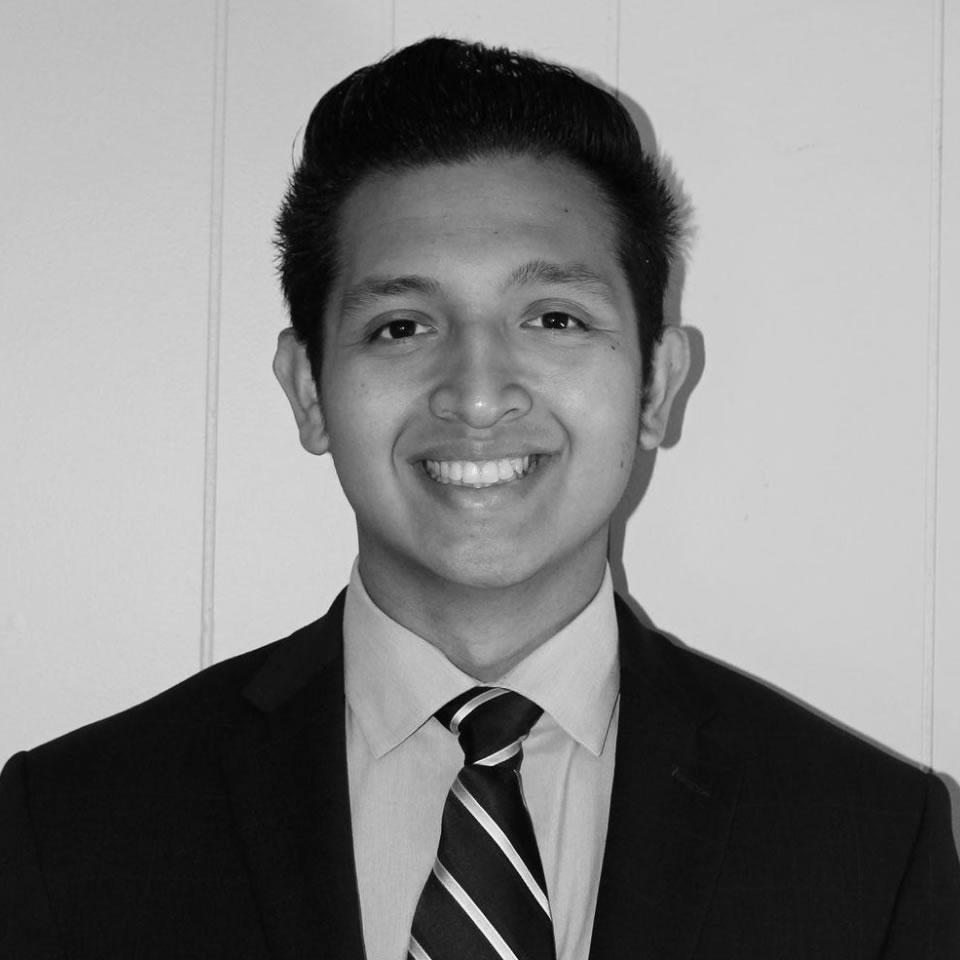 Michael, our Director is Digital Strategy, has a proven history of results. He began his career in education as a tutor for SCCCD. He grew his tutoring list of clients from 0 to 53 in just four months, logging over 265 total sessions with students. Afterwards, he began an independent tutoring consultancy known as FresnoTutors and worked with multiple groups of high school students. Michael has been managing an investment fund he created by raising capital from friends and family. Passionate about finding long/short value, Michael has seen his fund thrive in the recent months of market volatility.

Michael takes a results-backed approach to marketing by utilizing multiple platforms and strategies with particular emphasis on offering webinars, designing YouTube and Google Ad campaigns, SEO, social media, and email marketing. He is experienced in soliciting and interpreting client feedback with the goal of improving the product and providing an excellent customer experience.

Michael holds a B.A. in Economics, and a Minor in History from UCLA. He enjoys hiking, reading, playing poker, and talking about anything finance related. 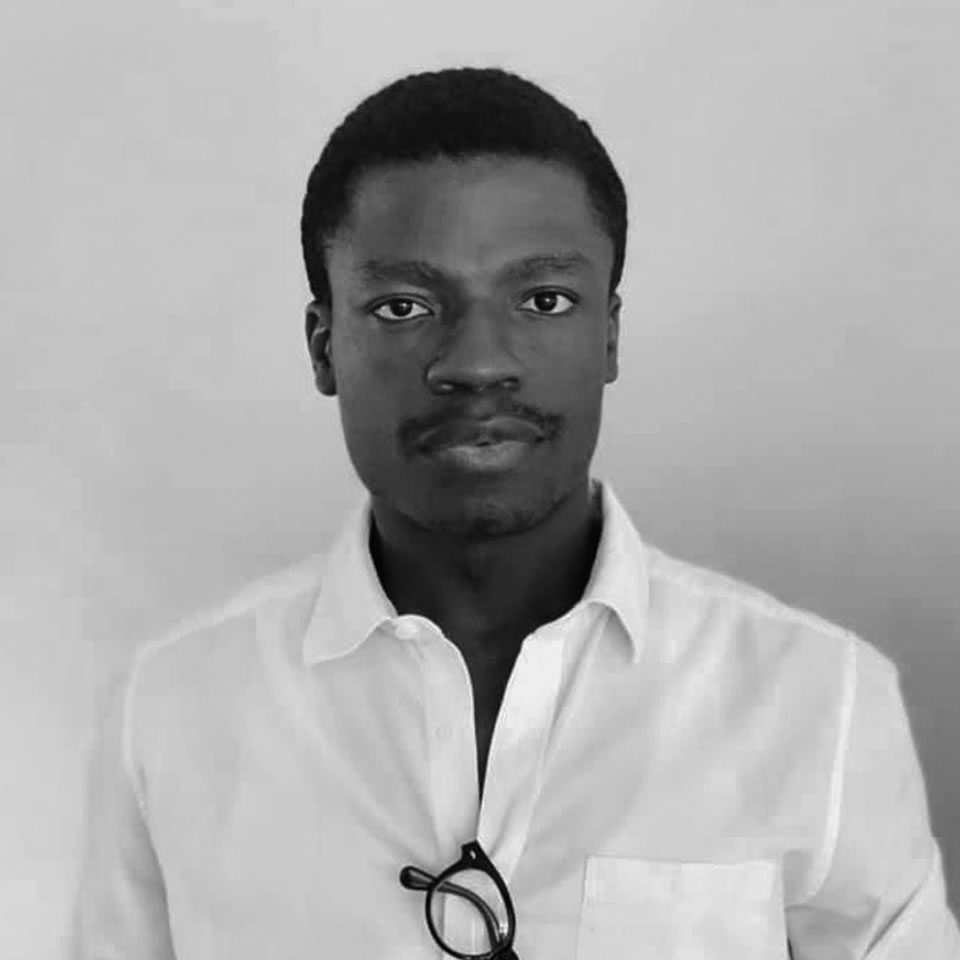 Peter joined LSAT Engine in early 2019 as a Business Development Associate while pursuing his Political Science Degree at the University of Southern California as a LeVan Scholar. During his time at LSAT Engine, Peter was tasked with evangelizing LSAT Engine to new students by designing and executing marketing campaigns to unique student groups and law-related entities. Upon graduation from USC, Peter took a position as Business Analyst with PennyMac Financial Services. 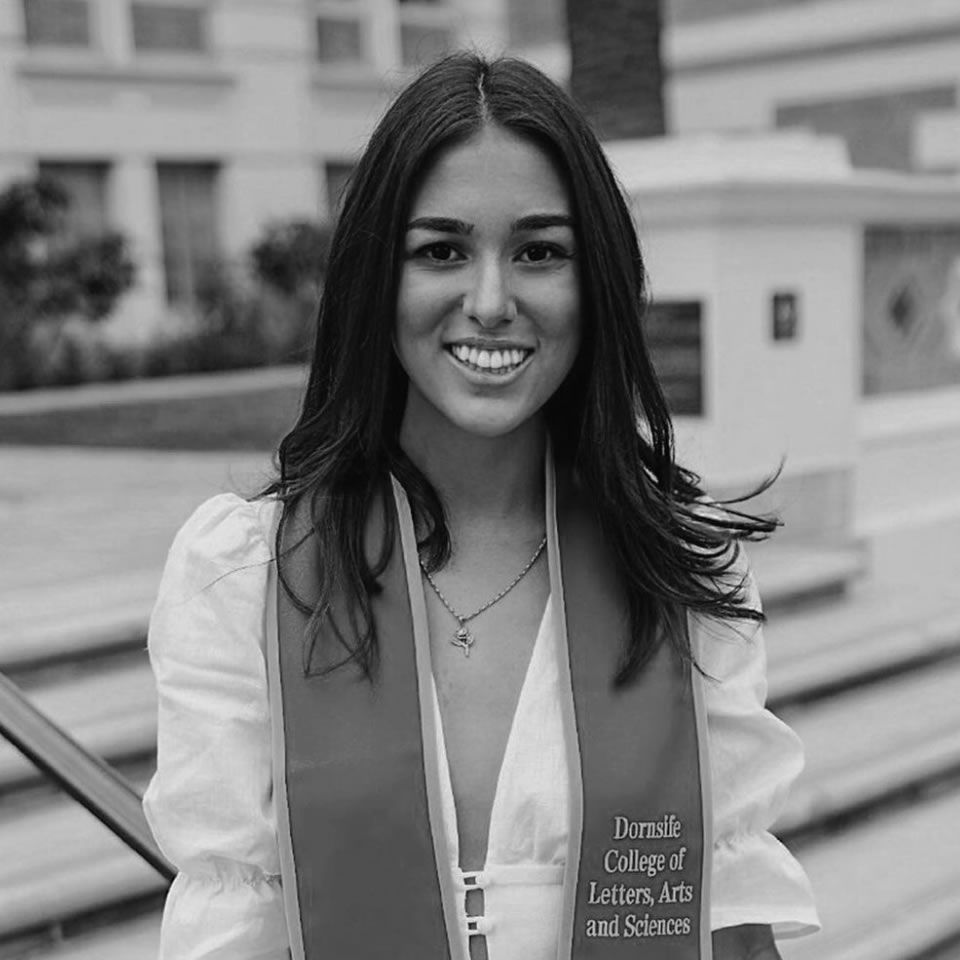 Siena joined the team in 2018 as a Director of Student Outreach and after working for LSAT Engine for a few months, she took the course she had been evangelizing to prepare for her own official LSAT. In addition to conducting market research and executing outbound sales campaigns, she also managed LSAT Engine’s Performance Counseling Group. While working for the company and completing her BA in International Relations at USC, Siena raised her LSAT score from a 152 to a 166 using the program.

Siena will begin her 2L at Notre Dame Law School in the fall of 2020. She holds positions on the Executive Board of Student Government and is an Editor for the Notre Dame Journal of Legislation. Siena is currently working as a summer associate at Gordon Rees Scully Mansukhani LLP., and plans to pursue a career in Big Law upon graduation from NDLS. 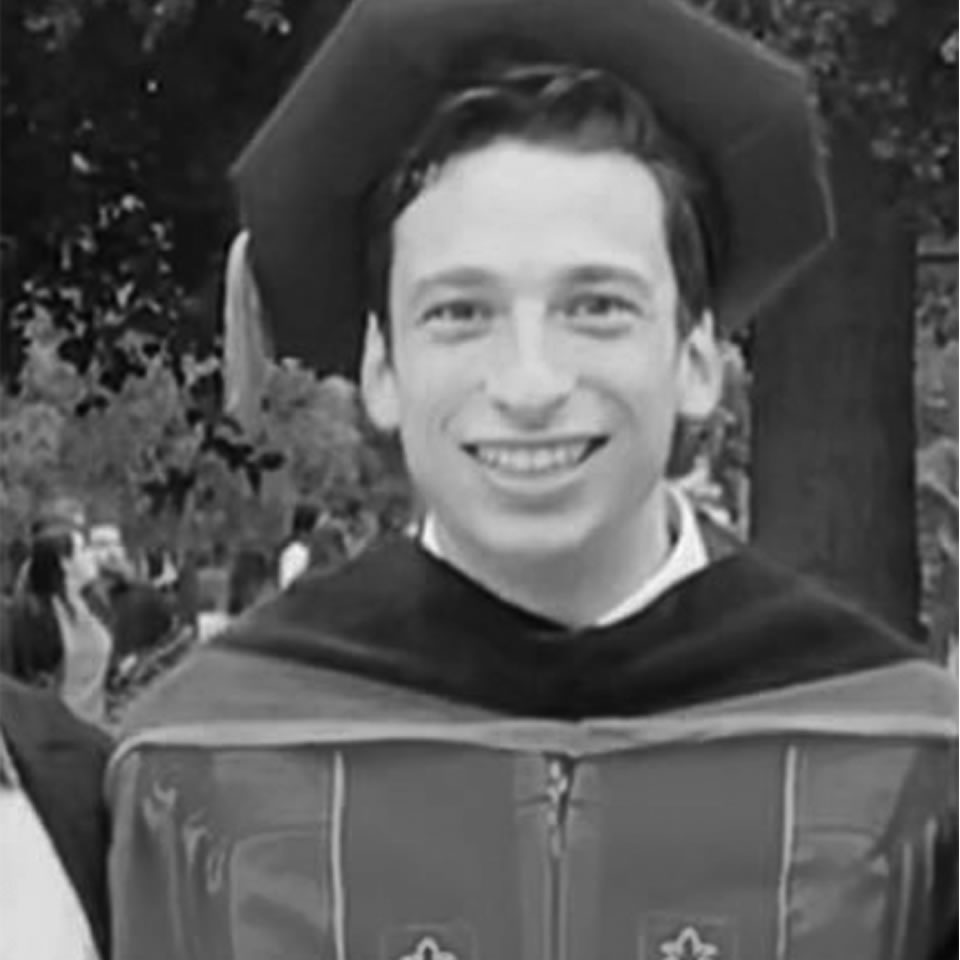 Daniel graduated Order of the Coif (top 10%) from the University of Southern California Gould School of Law in 2019 and from Columbia University in 2016.

Believing in its mission to provide a high-quality and affordable LSAT course to law school applicants, Daniel started at LSAT Engine in his 2L year of law school at USC Law. While in law school, Daniel also worked as a research assistant for a law professor and as a teaching assistant in several law school courses. He also served on the school's Law Review as its Executive Postscript Editor and held other leadership roles in various student organizations, including the Honors Scholars group as a Stanley and Ilene Gold Honors Scholar.

After law school, Daniel went to work in a private law firm in downtown Los Angeles. 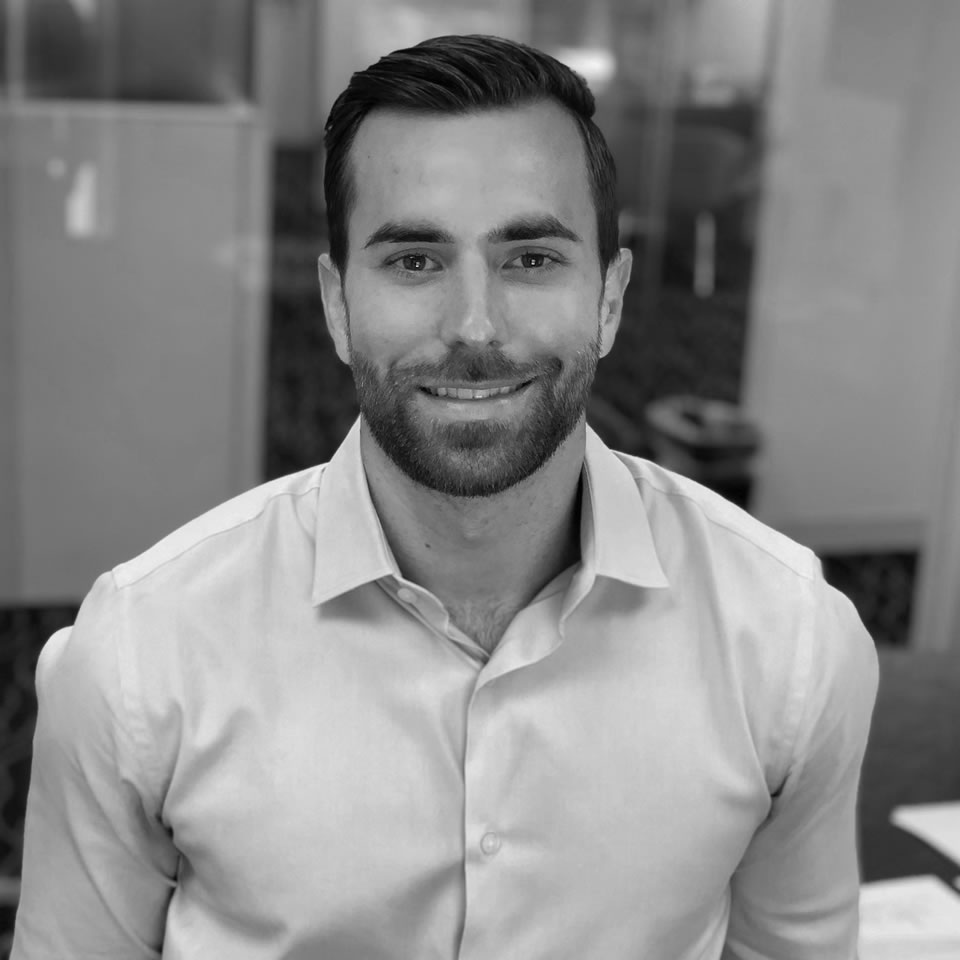 Matt is originally a Southern California native but was raised in North Carolina for most of his early childhood. It’s no surprise that he developed a love for the UNC Tar Heels as well as outdoor activities such as fishing, golfing, and wakeboarding. Although still a diehard Tar Heel fan at heart, Matt decided to further his education at UCLA, graduating with a degree in Economics in 2017.

During his senior year and for several months following his graduation in 2017, Matt was one of the first members of the LSAT Engine team, serving as the West Coast Director of Student Outreach. In his time with the company, Matt helped build and manage relationships law‐related student organizations and helped design workshops to assist students in their preparation for the LSAT. Matt transitioned to a career in Commercial Real Estate Finance and is now a Real Estate Analyst at California Bank & Trust.